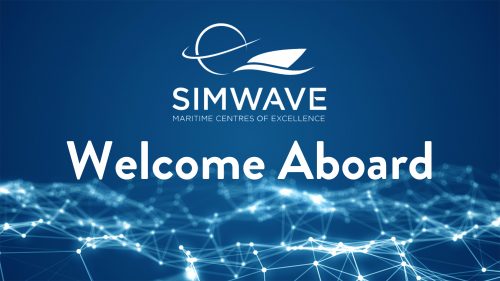 Posted at 14:00h in News by Cristiaan Heuvelman

Emil Sokolov joins Simwave as Instructor Engine Room and High Voltage. He introduces himself and tells us about his previous job positions and professional experience:

“I was born on the Bulgarian countryside. When I was just four years old, my parents relocated to Varna on the Black Sea coastline. Since then, I’m in love with the sea, which continues to impress me every day. My first interaction with the sea was on board of a Bulgarian Navy submarine, where I served for one year. Life on board existed of a lot of training, but I knew afterwards that I wanted to continue working at sea. After this, I joined the Bulgarian Marine Academy. In five years I got a complete education about marine engineering and graduated as Master in Marine Engineer Officer in 1991.

Turning towards the cruise ship industry 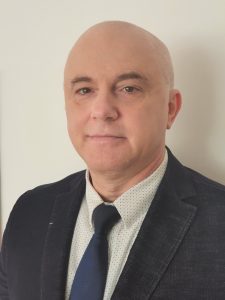 In the years after my graduation, I served on board of different tanker ships, including product and VLCC tankers from the Kuwait Oil Tanker Compan (KOTC). I held different positions in the ship machinery hierarchy and after 11 years I was an associate Chief Engineer.

From 2004 and onwards, I turned my carreer in the direction of cruise ships. It was at the time a serious decision, based on the love for my family and for reasons of professional development. At every moment of my career, I’ve been a challenge oriented person and engineer.

Most of my time in the cruise ship industry I spent on board of Royal Carribean ships. I got a great opportunity to be an engineer on board of the Jewel of the Seas, a gas turbine ship where I was involved with a lot of projects. For instance a project on accessing vibrations in Azipods bearing units or a project on burning Bio diesel as an alternative fuel for gas turbine engines. These projects gave me a lot of experience in engineering science.

From giant cruise ships to the shore

In 2014 as a Staff Chief Engineer, I got the opportunity to become an AEP (Advanced Emission Purification)/Scrubber System Project Engineer as well as site manager on board of the biggest cruise ships in the world at that time: the Oasis and Allure of the Seas. It would become the most challenging time of my career at sea. To work on this giant installation and maintain safe operations on board was a big challenge. It was a great time to coordinate and maintain all the installation processes from time to time, even on 24 hour shifts.

After more than 26 years at sea I got the opportunity to work in a shore side job. In 2017 I signed a contract with CSMART – Carnival Corporation Marine Academy, located in Almere. I started as an Engineer Instructor, mainly involved with engineering courses and developing an EGCS (Exhaust Gas Cleaning System) course as well.

Since early 2019 I was an EGCS subject matter expert and developed a new Environmental Officers course, working together with a higly ranked team from the University of West Florida. Challenging environmental aspects of engineering were a red line at any time during my career. I’m a person with a nice sense of humor, cheerful and a good team player. At all times I am ready for new challenges and to help other team members. I look forward starting my new position at Simwave!”